We all know this The Maritime Experiential Museum and S.E.A. Aquarium built quite long, but we just got chance to visit few weeks ago. We visited just bcoz my hubby got redeemed a free ticket from StarHub rewards, so we only need to buy another ticket, haha..

It’s been an ages for myself visit the Aquarium since mybe 10 years ago on Sea World, Ancol-Jakarta-Indonesia when i was staying at my hometown.. So, feel a bit excited, haha.. 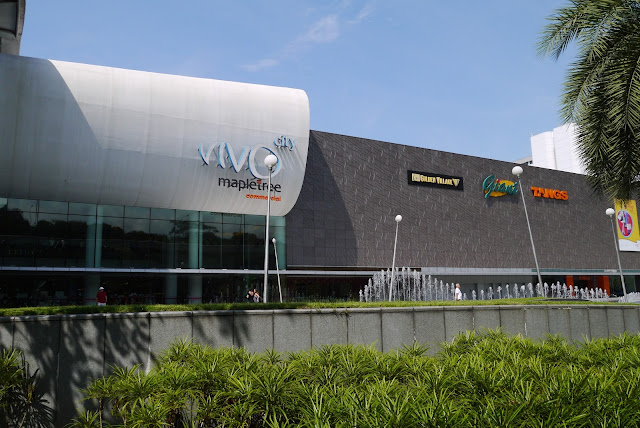 While waiting bus to RWS in front of VivoCity.. You only need to pay $2 for return trip to RWS. Or else you may refer to other way to reach there.. How to Get There

As usual, Sentosa always crowded with tourists.. And end up we always need to queue..

Begin the journey with the ocean at The Maritime Experiential Museum by taking a trip back in time to discover Asia’s rich maritime heritage.
Well, in this museum we don’t found much things, they just displaying the stuffs related to maritime histories. Museum not really big, just one way walking on the way towards S.E.A. Aquarium.
Claimed as the world’s largest aquarium accredited by Guinness World Records, S.E.A. Aquarium marine world seen through world’s largest acrylic viewing panel. We bet the thickness of acrylic panel minimum is about 20cm (8inches)?!
Featuring more than 100,000 marine animals from over 800 species across 49 habitats, the aquarium is home to majestic manta rays, enormous goliath groupers, hammerhead sharks and other gentle giants of the sea.
There are few areas inside S.E.A. Aquarium:

First journey start with fish tank where a monumental shipwreck with a splintered hull that has evolved into a thriving marine habitat. 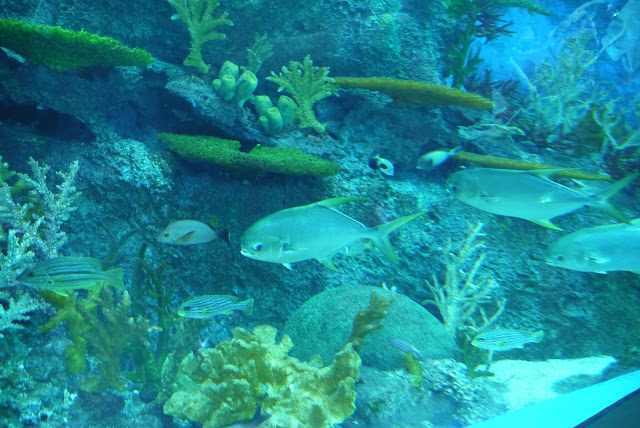 Fish hide and seek on corals.. 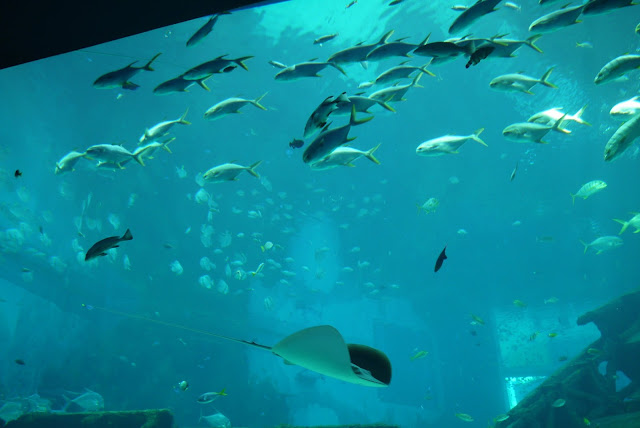 Fish are hustlin hustlin inside tank.. 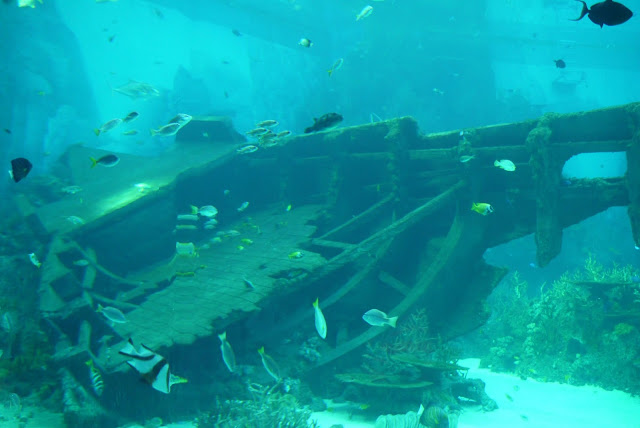 Walk across a floor of glass and watch the predators and other ocean denizens swim right beneath your feet!

Further ahead, explore the waters of Singapore and seagrass habitats of Malacca, home to lively leopard and blue flasher wrasses.

On this section, they are having an interactive learning experience as the Mariner shares lessons about the knobbly sea star, pencil sea urchin, sea cucumber and more at Discovery Touch Pool.

Sundarbans Mangrove, home to a myriad of endangered plants and animals found along the coast of the Bay of Bengal. Mangrove inhabitants such as mudskippers, spotted scats, archerfish and silver batfish that use the extensive network of mangrove tree roots as nesting and nursery areas. 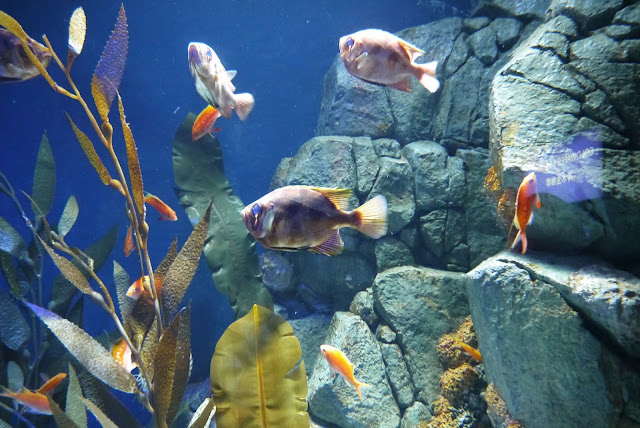 Around the corner, spy on curious spotted garden eels popping in and out of their sand burrows and “find Nemo” as well as reef lobsters, white-rayed antenna gobies, long-nose hawkfish and other jewels of the Coral Reef. 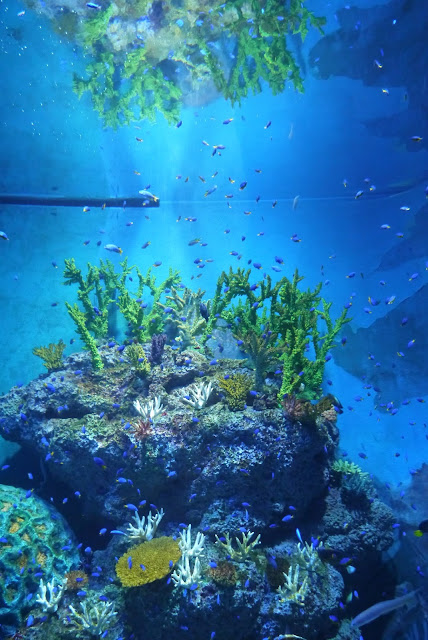 Further along lies the Patch Reef of Brain Corals and majestic Staghorn Corals, leading to a reef drop similar to those found in the Laccadive Sea, teeming with unique fish species such as the queen angelfish, yellowface angelfish, imperator angelfish and others. 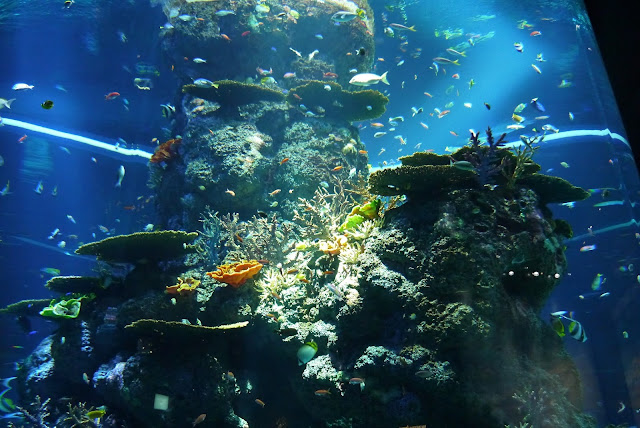 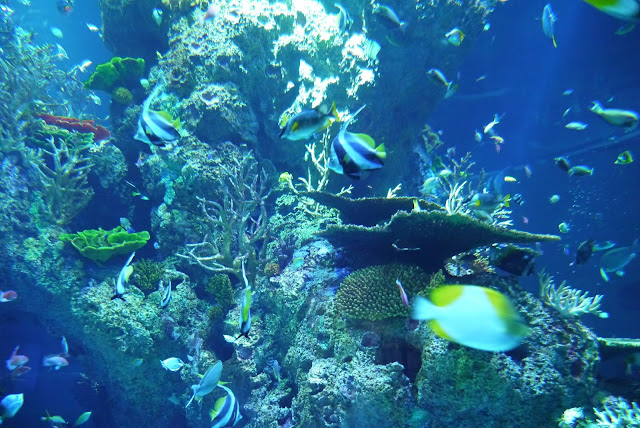 Cool marine life in the Cold Water habitats such as giant spider crab, chambered nautilus and other unique species.

Recharge your energy with the electrifying pulsating dances of the translucent sea jelly species like the trailing long-tentacled lion’s mane sea jelly, the captivating neon blue sea jelly and the larger-than-life moon sea jelly.
I found the Jellyfish section are most interesting, they are so cute yet pretty, indeed!!!

Let your imagination swim as a panoramic marine vista engulfs you. This magical realm is home to gentle giants of the sea including the leopard shark, goliath grouper, saw fish, mahi mahi and a never-before-seen squadron of magnificent manta rays. Watch poetry in motion as glittering schools of scads, fusiliers and rainbow runners create a continuous dance in perfect unison.
6. Persian Gulf & Arabian Sea

The warm waters of the Arabian Sea and the Persian Gulf make up one of the largest marine sanctuaries in the world.

Often called the “rainforest of the sea”, the Red Sea is home to a diverse range of soft and hard corals because of its warm waters and high salt content. The Coral Reef habitat offers glimpses of a vast array of marine life in one of the most beautiful ecosystems in the world. Watch in wonder as warm-water fish like fairy basslet, yellow boxfish, orange striped triggerfish, fire shrimp and long-horned cowfish swim amongst sea fans and coral colonies. 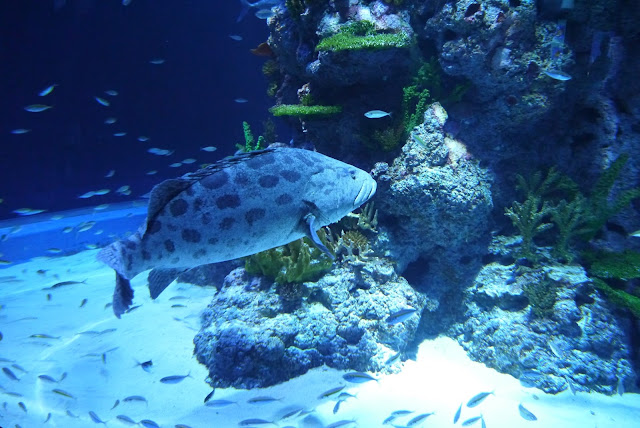 As you travel across the Great Lakes of East Africa, be awestruck by the tremendous diversity of fish, many of which evolved within the lakes and are found nowhere else in the world. The two freshwater lake habitats of Africa, Lake Victoria and Lake Tanganyika, are home to an astounding variety of fish adorned in all colours of the rainbow. Some of the native african cichlids include the frontosa, kribensis, and mbuna, which share their home with the predatory african tigerfish armed with dagger-shaped, interlocking teeth. They are often found near the lake bed and hunt in fierce, voracious packs.

The colourful bright stripes on the body and fins of the lionfish serve as a warning to all, as they swim by confidently displaying their poisonous outstretched barbs.

Puffer fish and Lion Fish are sharing the same tanks.. Maybe bcoz both are poisonous.. LOL…
The moray eel habitat is not to be missed. Kids can crawl into a “cave” and pop their heads through a dome for up-close views of the moray eels in their niches and crevices.

Showcasing the majestic predators of the marine realm, Shark Seas is one awe-inspiring habitat that you will remember forever. Be transported right into an exciting world of various shark species. There are many that you will see for the very first time together with endangered species such as the scalloped hammerhead shark, the powerful and aggressive silvertip shark, and the sandbar shark – one of the largest coastal sharks in the world. Marvel at the strength and grace of these remarkable creatures that have inhabited the earth for over 420 million years! 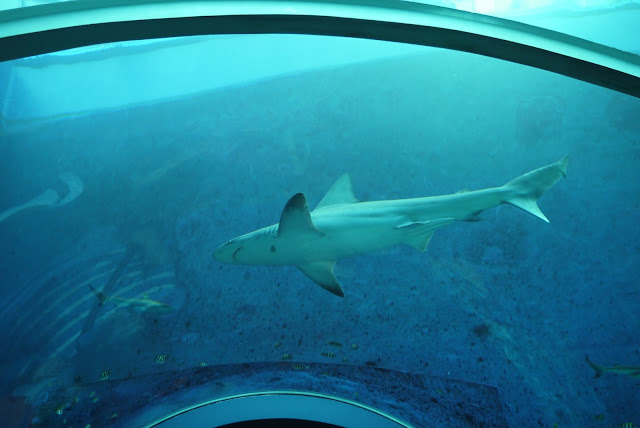 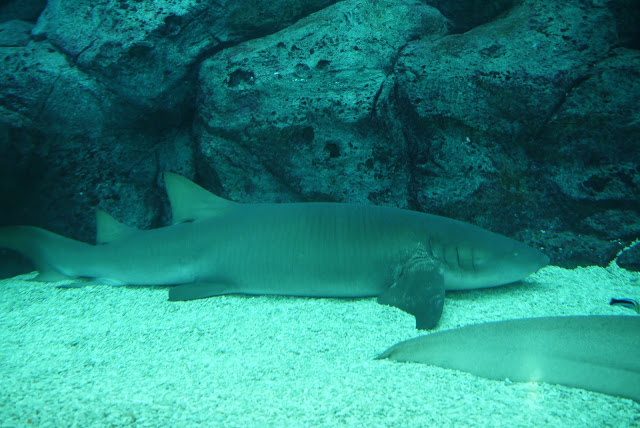 Beside all observation tanks, they also having dining place, such as:

And last one is gift shop for memorable gifts and fun souvenirs.

One fine day when i wash our family car 😊 Glad

You will never have this day with your children ag

My go-to for ultimate thirst-quenching is @somersb

Not done yet with the festive mood post 🤣 I s